THIS IS AMONG THE MOST IMPORTANT DOCUMENTARIES OF THE YEAR.   WE WILL HAVE AN AFTER-FILM DISCUSSION.

Jerusalem-born trauma expert Ofra Bloch forces herself to confront her demons in a journey that takes her to Germany, Israel and Palestine.   Set against the current wave of fascism and anti-Semitism sweeping the globe, AFTERWARD delves into the secret wounds carried by victims as well as victimizers, through testimonies ranging from the horrifying to the hopeful.

Seen as a victim in Germany and a perpetrator in Palestine, Ofra faces those she was raised to hate and dismiss as she searches to understand the identity-making narratives of the Holocaust and the Nakba (the displacement of hundreds of thousands of Palestinians who became forced refugees in 1948), violent and non-violent resistance, and the possibility of forgiveness.

“Ofra Bloch’s documentary feels particularly relevant in these politically charged times seemingly marked more than ever by hatred and resentments….the Jerusalem-born therapist, described as a “trauma expert,” delves into the feelings of Germans, Israelis and Palestinians bearing under the weight of psychic wounds both first-hand and generational.” – Frank Scheck, Hollywood Reporter 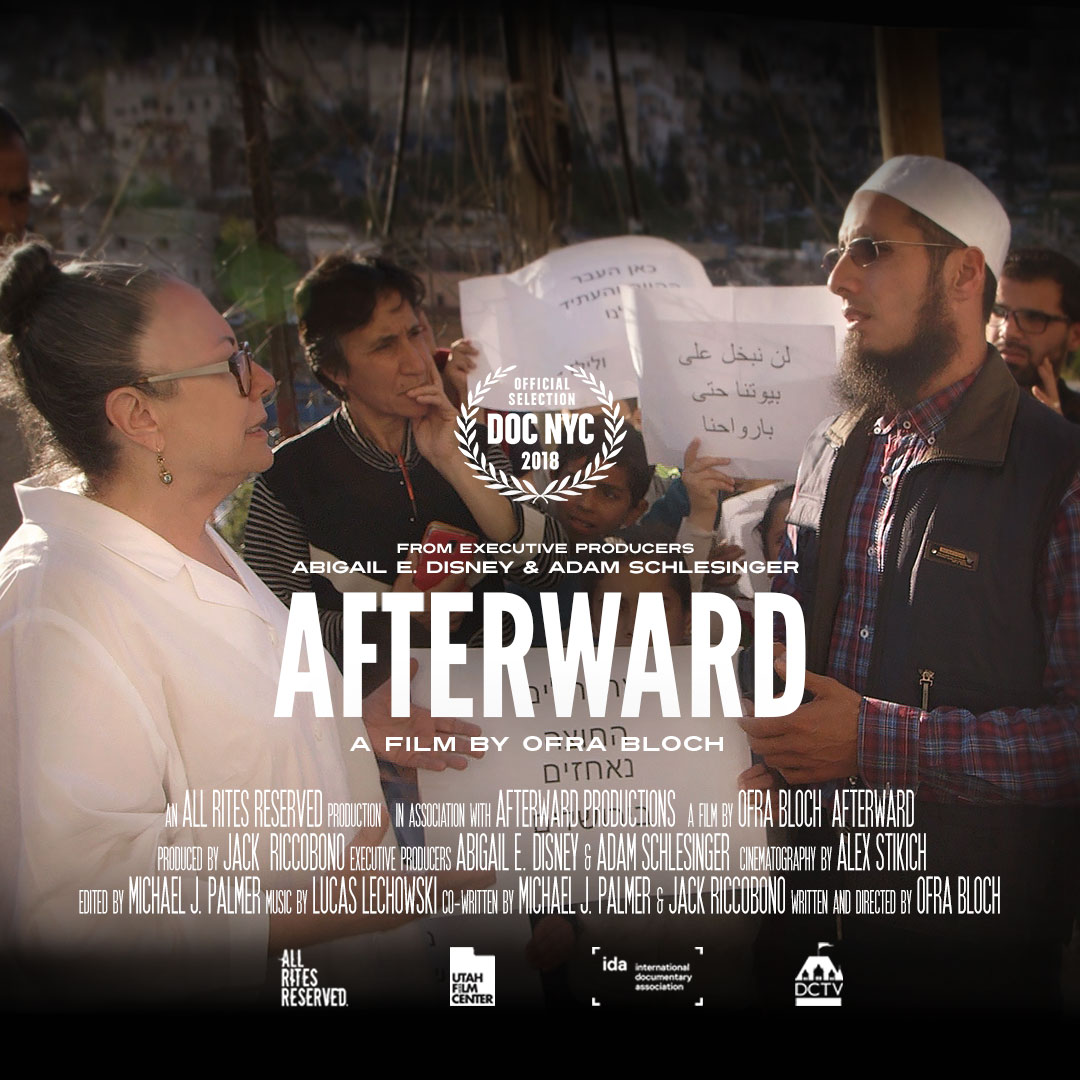