A BAG OF MARBLES

Sold Out. Tickets for seating in the front 3 rows will be available at the door starting at 7:15 p.m.

A heartwarming adaptation of Joseph Joffo’s enduring memoir tells the story of the Nazi occupation in France through the eyes of two young Jewish boys struggling to survive on their own.

“One of the best movies told about the holocaust from a child’s point of view.” – Hannah Brown, The Jerusalem Post

“The boys’ forced maturity beyond their years is what makes this so compelling and emotive.” – Filmlink.com

“You can’t help but be moved by this film’s passion. It’s engaging, enthralling and entertaining in all the right ways.” – Courtney Howard, Fresh Fiction 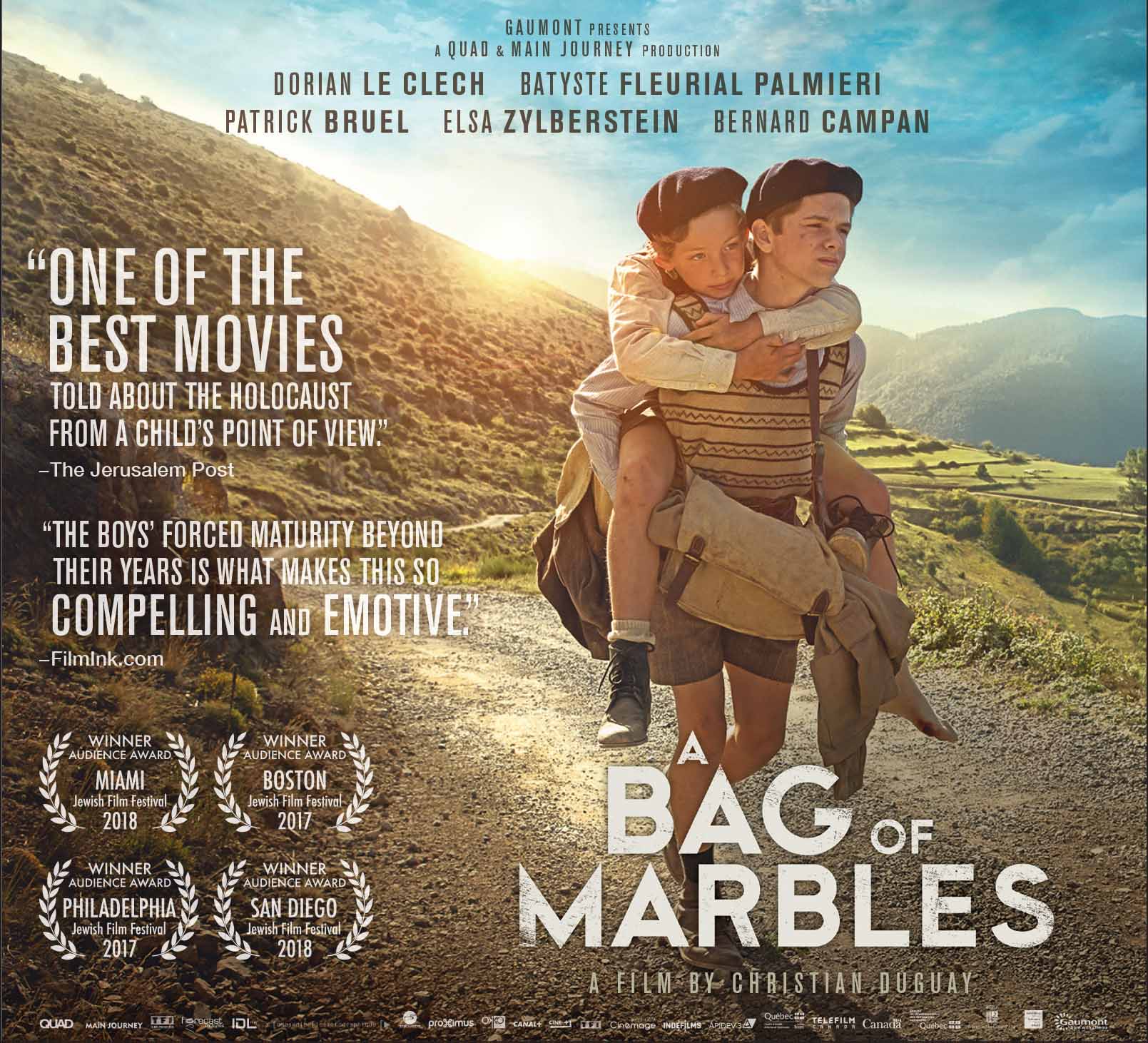