45 YEARS is a moving and profound look at marriage and the secrets we keep.

“A TRIUMPH…It’s a film of small moments and tiny gestures that leaves a very, very big impression.” – Dave Calhoun, Time Out

“45 YEARS is a quietly explosive film, a potent drama with a nuanced feel for subtlety and emotional complications. ” – Kenneth Turan, Los Angeles Times

“Rampling has never received an Oscar nomination, but she deserves one for this performance.   Courtenay, who has two Oscar nods under his belt, rates another one for helping Rampling reach this peak.” – Lou Lumenick, New York Post 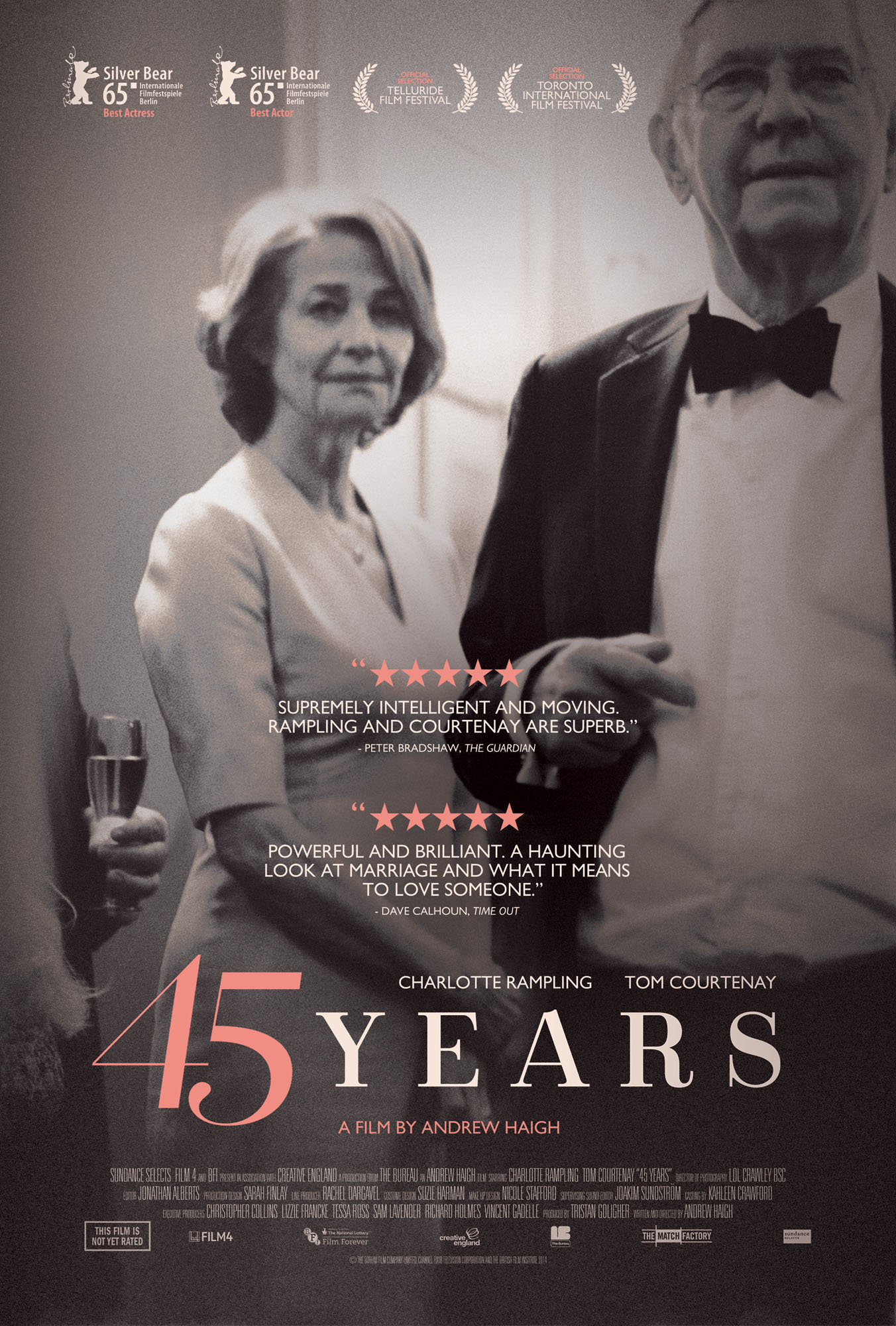